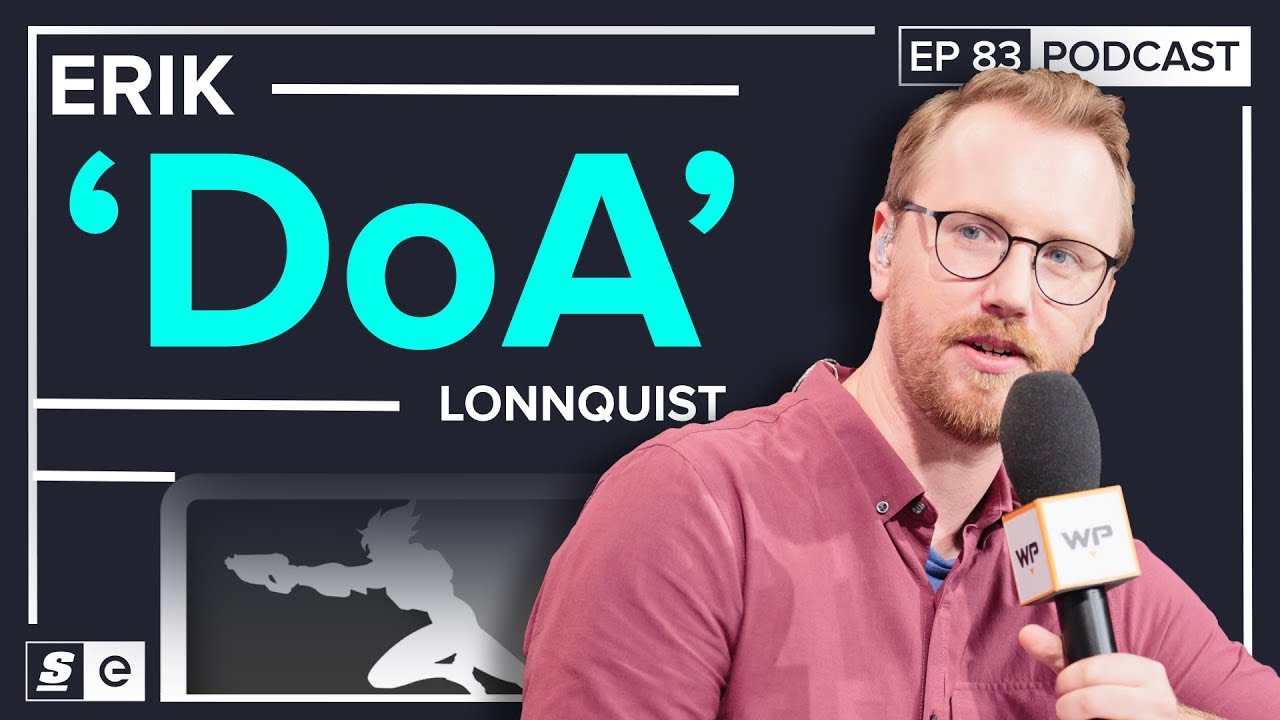 DoA talks OWL's future, what franchising means for League of Legends and esports at large and looks back at his career casting with MonteCristo

Erik "DoA" Lonnquist has been one of the most prominent voices in League of Legends esports for years. Widely known for his broadcast work for OGN Champions and LCK, he recently made the jump to the Overwatch League for its inaugural season.

DoA spoke to theScore esports Podcast about how far he thinks the Overwatch League can go, his take on whether or not the game's competitive scene can or should create Faker-like superstars and what he thinks is unique about the way he and his long-time partner, Christopher "MonteCristo" Mykles, cast.

The Overwatch League had a lot of lofty promises to keep when Season 1 began — from the future implementation of geolocation to making an immediately-franchised ownership system work. Despite the expectations, DoA said he believes that Season 1 was a success.

"We're all really, really happy with how season 1 went," he told theScore esports Podcast. "I mean the viewership far exceeded our expectations, I think production was great. On my end, from the caster perspective it all ran very, very smoothly, barely any technical issues, everyone was very easy to work with."

For DoA, the success of franchises esports leagues like the OWL is crucial to the scene's development and future. He stressed the importance of everyone involved earning a "livable wage."

"[Franchising] has brought a lot of stability to the players in the league," he said. "Now these guys are earning a livable wage and when it comes down to it, at the end of the day, we want this industry to be a place where everybody from top to bottom can be doing this thing.

"Whether, it's players casters, people working in the production, statisticians you know. We want everybody to be able to make esports their job right? Because that's when we know we've really created a new industry, we're not just having a bunch of one-off tournaments and things like that."

A stable league aside, we've previously seen the popularity of other esports rise with the discovery of their greatest stars. This is particularly true in League of Legends star Lee "Faker" Sang-hyeok, who enchanted fans around the world while dominating on the rift as a member of SK Telecom T1.

DoA said these kinds of stars have already started to develop in Overwatch but that the game is not as reliant on them for growth as other esports might be.

"The nice thing with the Overwatch League is that you don't necessarily need those players the same way that you needed them other esports before the regionalization happened," said DoA. "It's easy to say, 'hey I'm from this city or I'm from this region I'm going to cheer for this team because it's my home team.' It's a lot more easy to do that."

For DoA, the regionalized nature of the OWL allows fans to find other aspects of the game and its teams to grasp on to.

"I think the regionalization is a huge step in terms of engaging a much bigger fanbase in a way that hasn't really been done yet in esports. Those star players are going to come out, but we don't necessarily need that superstar Faker player right away to keep people interested in the league."

DoA also discussed his casting history at length — specifically his work with duo partner MonteCristo, how they created the casting synergy they're known for, and how they've managed to port it over to Overwatch.

Monte and DoA began casting together during an era of Korean League of Legends where the metagame didn't exactly offer fast and exciting games. For this reason, the duo became famous for their endearing on-air banter during the downtime that was ever-present in League during that era.

"I think mostly it's just kind of based on our personalities and when you have that down time that's kind of just what comes out, you know we just are ourselves on the cast like that," said DoA.

This was a style they were loved for in the League scene, but one they've had to adapt to the faster pace of Overwatch.

In order to adapt, DoA looked to casting in games like Street Fighter V and other fighting game titles that share Overwatch's breakneck pace and ever-present action.

"The fun thing about esports casting is that's something that constantly changes and you constantly reevaluate and Overwatch is just one of those games that's incredibly difficult to cast."

Jun 24
Counter-Strike: GO
What is a Skin? The Incredible Impact of Gaming...

Jan 13
LoL
Tyler1 is Saving the Rookies Riot Left Behind